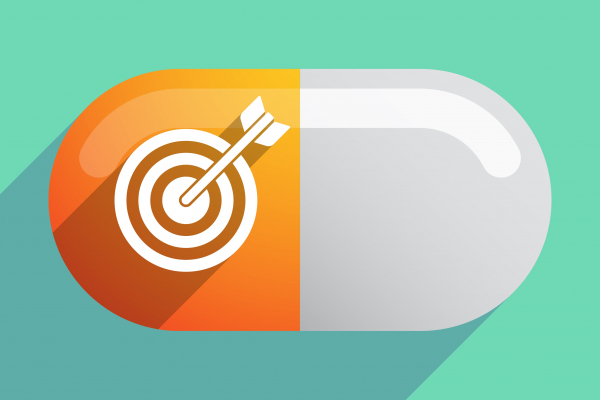 In the US, breast cancer is the most commonly diagnosed cancer in women, and the second leading cause of cancer-related deaths. Each year, an estimated 270,000 women — and a far smaller number of men — are diagnosed with it. When caught in early stages, it’s usually highly treatable.

A promising new form of targeted treatment may expand options available to some women with early-stage breast cancer linked to specific genetic glitches. (Early-stage cancers have not spread to distant organs or tissues in the body.)

The BRCA gene: What does it do?

You may have heard the term BRCA (BReast CAncer) genes, which refers to BRCA1 and BRCA2genes. Normally, BRCA genes help repair damage to our DNA (genetic code) that occurs regularly in cells throughout the human body.

Inherited BRCA mutations are abnormal changes in these genes that are passed on from a parent to a child. When a person has a BRCA mutation, their body cannot repair routine DNA damage to cells as easily. This accumulating damage to cells may help pave a path leading to cancer. Having a BRCA1 or BRCA2 mutation — or both — puts a person at higher risk for cancer of the breast, ovaries, prostate, or pancreas; or for melanoma. A person’s risk for breast cancer can also be affected by other gene mutations and other factors.

The OlympiA trial enrolled women with early-stage breast cancer and inherited BRCA1/BRCA2 mutations. All were at high risk for breast cancer recurrence despite standard treatments.

They were randomly assigned to take pills twice a day containing olaparib or a placebo (sugar pills) for one year.

Results from this study were published in the New England Journal of Medicine. Women who received olaparib were less likely to have breast cancer recur or metastasize (spread to distant organs or tissues) than women taking placebo. Follow-up at an average of two and a half years showed that slightly more than 85% of women who had received olaparib were alive and did not have a cancer recurrence, or a new second cancer, compared with 77% of women treated with placebo.

Further, the researchers estimated that at three years:

The side effects of olaparib include low white cell count, low red cell count, and tiredness. The chances of developing these were low.

Olaparib is already approved by the FDA to treat BRCA-related cancers of the ovaries, pancreas, or prostate, and metastatic breast cancer. FDA approval for early-stage breast cancer that is BRCA-related is expected soon based on this study. These findings suggest taking olaparib for a year after completing standard treatment could be a good option for women who have early-stage breast cancer and an inherited BRCA gene mutation who are at high risk for cancer recurrence and, possibly, its spread.

No comments to show.